Willy Verginer The boy and the sea 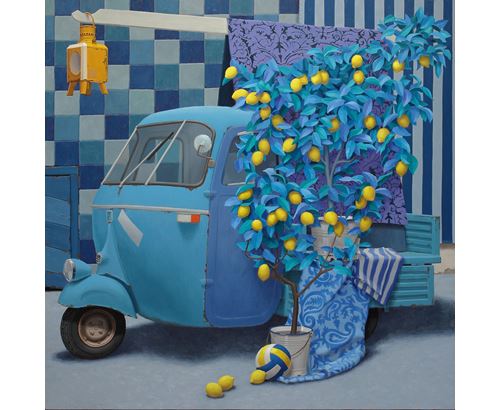 Liquid art system (L.a.s.) is a commercial contemporary art organisation with galleries currently open in Capri (Italy), Positano (Italy), London (UK) and Istanbul (Turkey). Together, all galleries form a system that proposes a “glocal”* approach to the promotion of contemporary art. The target of L.a.s. is to create an international system of art galleries in different locations around the world that operate for a common purpose, but adaptive to the local economy and culture. L.a.s. responds to the evolution of the international “art system”, derived from enormous changes in the international economy and from the expansion of computer technology and the internet. The cultural affirmation of developing countries has challenged the traditional concept of art galleries, relating to the alleged superiority of the economy and culture of the West. It is necessary to devise a new concept for galleries that is suitable to this new global market, but that also has the ability to pay close attention to local instances which deserve to be highlighted. * The word "glocal" is derived from “glocalization” (Roland Robertson, sociologist), meaning ‘think global, act local’. A combination of the words "global" and "local" used to describe a product or service that is developed and distributed globally, but is also fashioned to accommodate the user or consumer in a local market.