Talladega Five I (from Circuits Series), 1982 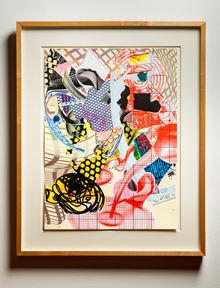