Throughout his long career, Ellsworth Kelly’s central point of departure has been the forms and patterns found in nature and the world around him. One of America’s most prominent abstract artists, but unlike many of his peers, Kelly cannot be identified with a single art movement or school.

Shortly after graduating high school in 1942, Kelly was drafted into the Army. At the end of the war, he studied for three years at the School of the Museum of Fine Arts in Boston. He then moved to Paris, which served as his base as he traveled throughout Europe during the next six years. In France, the young American painter was greatly influenced by both the new and old: from the innovations of artists like Henri Matisse and Jean Arp to Romanesque churches and museums filled with ancient and medieval Greek, Egyptian, and Byzantine art.

During his time in France, Kelly explored a variety of abstract styles. On returning to America in 1954, he began developing the individual approach that would establish his reputation and influence several generations of artists. Working on a large scale, Kelly combined blocks of single colors with silhouetted and simplified shapes, often inspired by nature. He also began producing sculptures—both freestanding pieces and wall reliefs. Over a career spanning more than fifty years, Kelly’s work has always remained rooted in the forms of observed reality. He has been the subject of major exhibitions at The Museum of Modern Art, the Whitney Museum of American Art, and the Solomon R. Guggenheim Museum, New York, and his work is in many public collections, including those of the Centre Pompidou, Paris, the Museo Nacional Centro de Arte Reina Sofía, Madrid, and Tate Modern, London. Kelly lives and works in Spencertown, New York. 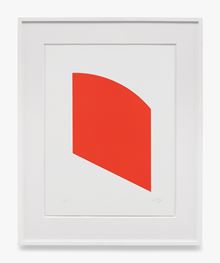 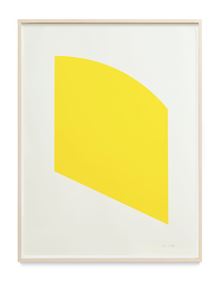