He was born in 1970 in the Channel Islands, UK, and studied at Goldsmiths University, in London. He now lives and works both in London and Lisbon. Jason Martin took part in Sensation: Young British Artists from the Saatchi Collection, the exhibition that set forth his entrance to the international art world, in 1997. Ever since, the artist has been exhibited in the most important museums, such as the Peggy Guggheneim Collection in Venice (2009) and he has won two awards: the Liverpool Biennial of Contemporary Art (1999) and the European Biennial of the Visual Arts of La Spezia (2000). He is mainly known for his monocromatic paintings. Jason Martin’s works fluctuate through tension and quiet. His art embodies vitality and energy generating a simultaneity of the image among action and dynamism. His constant quality lies both on a perpetual movement and on a continuous need to question himself and all the infinite ways of painting. Everything calls to mind the dynamism of a “single act” unifying creation and glaze, perfection and observation. 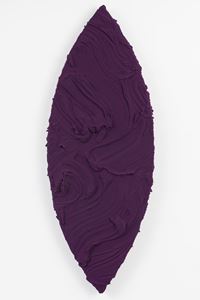 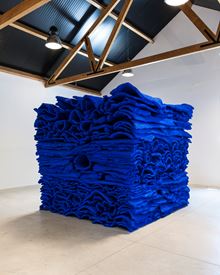 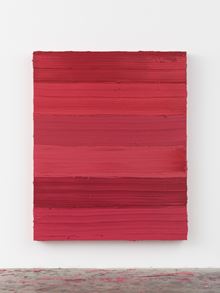