Willem de Kooning (1904 - 1997) was a Dutch painter and husband of Elaine de Kooning. De Kooning was born in 1904 to a working class family in Rotterdam, the Netherlands. In 1926 he emigrated to the United States by ship. During the Great Depression de Kooning worked for the Works Project Administration as a mural painter. He was an integral part of the movement known by the names the “action painting movement,” Abstract Expressionist movement and the New York School. He achieved widespread acclaim following his one-man show at the Charles Egan Gallery. 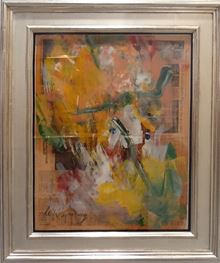 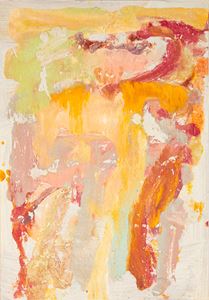 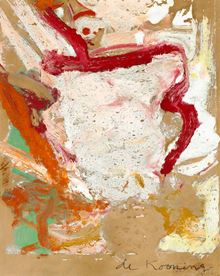 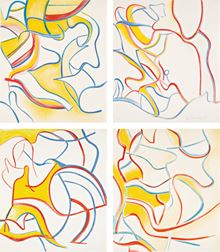