Matthias van Arkel (b. 1967) is a Swedish artist based in Stockholm and New York.
Van Arkel has exhibited in numerous exhibitions in Sweden, as well as internationally, both in Europe and in the US. He is represented in several public collections, among them Moderna Museet, Stockholm, Borås Art Museum, Borås and the Public Art Agency, Sweden. His public commissions include Värta Terminalen, Stockholm, Sweden, Jakobsbergs Bus Terminal, Stockholm, Sweden and the Atlantic Plumbing Building, Washington, USA. 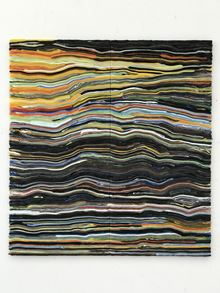