Born 1929 in Nagano, Japan. Kusama started to paint using dots and nets as motifs for the cure for Obsessive-Compulsive Disorder. After graduating Kyoto City High School of Arts and Crafts in 1949. Moving to New York in 1957, she quickly established her reputation as a leader in the avant-garde movement with her works. In the late 1960s she organized outlandish happenings such as body paintings and anti-war demonstrations. She returned to Japan in ill health in 1973.
Held solo exhibitions at museums in Dole and Calais, France in 1986, New York and Oxford, England in 1989.
Kusama represented Japan at the Venice Biennale in 1993, and in 1998 & 1999 a major retrospective exhibition of her work toured the U.S. and Japan.
In 2000, Kusama won The Education Minister's Art Encouragement Prize and Foreign-Minister's Commendations. Received the Asahi Prize in 2001, Ordre des Arts et des Lettres in 2003. 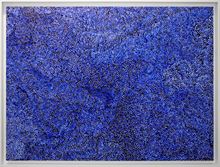 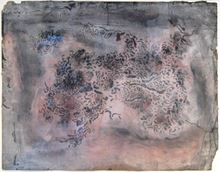 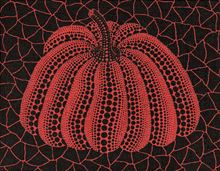