James Rosenquist (November 29, 1933 – March 31, 2017) was an American artist and one of the protagonists in the pop art movement. Drawing from his background working in sign painting, Rosenquist's pieces often explored the role of advertising and consumer culture in art and society, utilizing techniques he learned making commercial art to depict popular cultural icons and mundane everyday objects. While his works have often been compared to those from other key figures of the pop art movement, such as Andy Warhol and Roy Lichtenstein, Rosenquist's pieces were unique in the way that they often employed elements of surrealism using fragments of advertisements and cultural imagery to emphasize the overwhelming nature of ads. 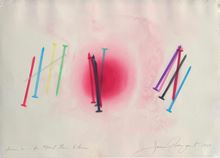 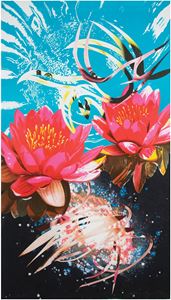